Beef Stroganoff is another famous dish that is loved by many people all over the world. Did you know that it is a Russian dish? Although it is served in lots of restaurants in the western part of the world, it actually came from Russia. And right now, it already comes with several variations. In fact, there’s a lot!

This savory dish was named after the Stroganovs, which is a very influential family in Northern Asia and Eastern Europe. Some people believe that it was created by the French people who worked for the family at the time. But researchers say that Beef Stroganoff is really a refined version of old Russian recipes.

What Is Beef Stroganoff?

As popular as Beef Stroganoff is, I’m sure you know exactly what it is. But simply put, it consists of sauteed lightly-floured beef with mustard, broth, and a little bit of sour cream. That right there is the original recipe. There was no alcohol nor mushrooms and onions. 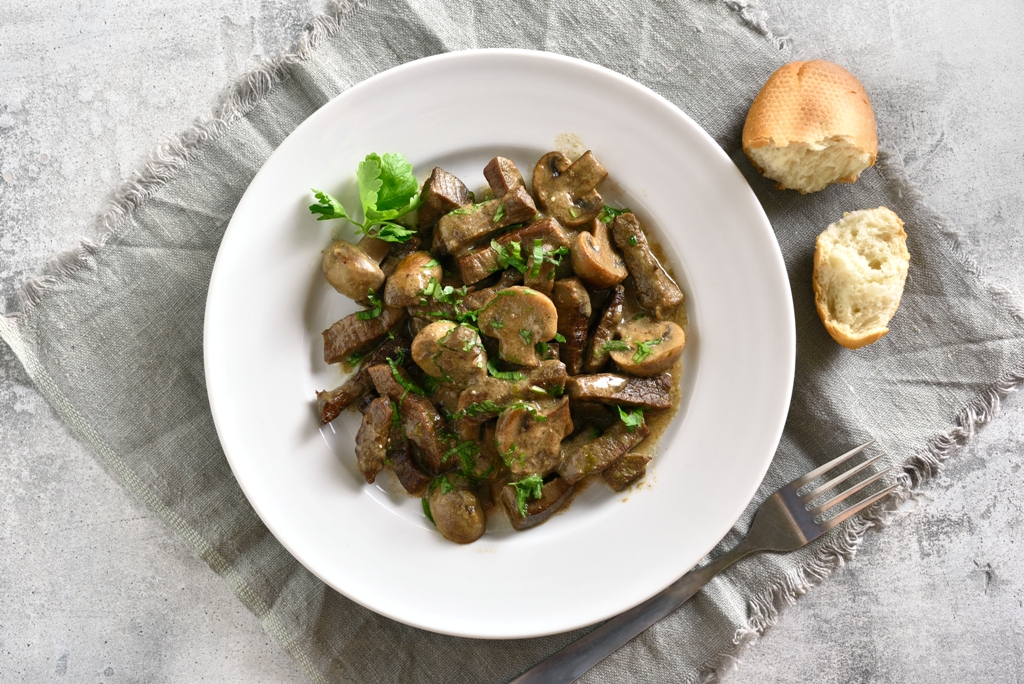 But like what we have said, over the years, this particular dish has evolved, too. The way they cook it in Europe may be different from how they do it in North America. There may be differences in the method pr techniques of cooking as well as in the ingredients, but the idea is all the same.

This Beef Stroganoff recipe is made with beef strips smothered in gravy – a mixture of mushrooms and sour cream. A quick and tasty dinner or snack that everybody in the family will love!

2 tablespoons each vegetable oil and flour

For the beef, boneless ribeye or fillet steak would be great. When cooking the mushrooms, it is highly recommended that you scrape the bottom of the skillet to get all those golden brown tidbits as those will add to the flavor.

The best cut really for the beef in this recipe is either boneless ribeye (scotch fillet, boneless sirloin, sirloin steak tips, or beef tenderloin. They are of high quality and they also cook quickly.

When it comes to the flour, anything would work just fine. You can also utilize 1 tablespoon of cornstarch or cornflour for the sauce. If you want the sauce a little bit thinner, you can add water. And also, once you have added the beef back, do not let it simmer for a long time or the beef will be overcooked. 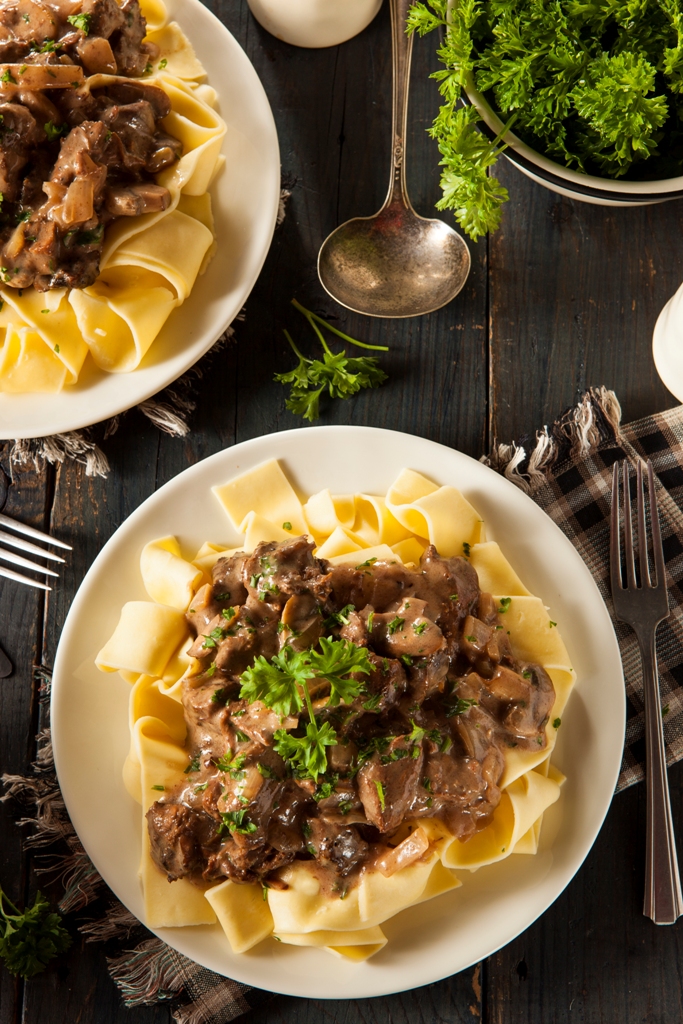 Beef Stroganoff is versatile. It can be served over pasta or noodle of your choice. I highly suggest short pasta, though, since they are easier to eat. You also have the option to eat this dish with rice or bread.