Indian food is known for its appetizing aroma as well as its vibrant colors. One good example is Chicken Biryani, which is a very savory rice dish loaded with caramelized onions, a bit spicy chicken, and flavorful rice. It contains everything that is good about Indian food, and it’s a perfect lunch meal. You can make it the night before or early in the morning, pack it, and just reheat it before you eat it later.

A Brief History of Chicken Biryani

Although Chicken Biryani is on top of the list when it comes to Indian food, this dish actually came from Persia. In fact, the term ‘Biryani’ is derived from ‘Birian’, a Persian word, which means ‘fried before cooking’ as well as the term ‘Bririnj’, which refers to rice.

There are many theories associated with the origin of Biryani and its types. Many believe, though, that it really came from Persia and was brought to India by the Mughals. It was basically created to provide the Mughal soldiers then with a balanced diet.

Back in the day, Biryani used to be cooked in earthen pots over charcoal. But now, you can easily make it on your stove and oven using your favorite pot.

Traditional Chicken Biryani is made with chicken, rice, herbs, and other spices…The result is a delicious meal loaded with flavors.

Serve it with sliced almonds, parsley, or sliced lemon and fresh onions.

For this recipe, you can substitute the chicken legs with thighs or breasts. But for me, legs are the best! 🙂 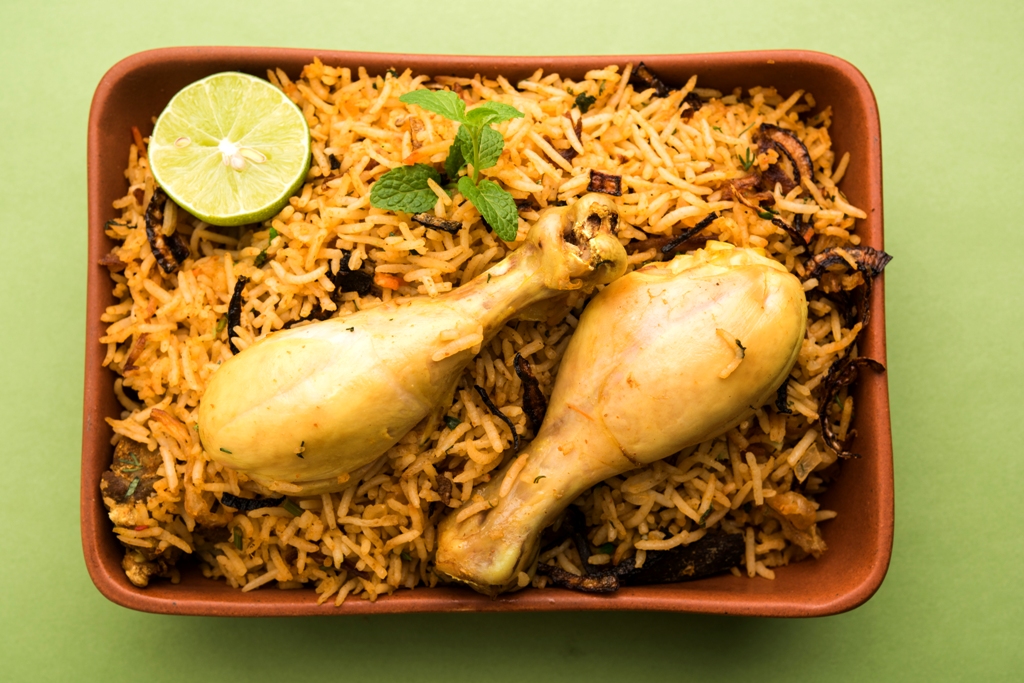 Making Chicken Biryani is easier than you think. Spending less than two hours is definitely worth it. You’ll have a sumptuous meal for lunch and even dinner if there is any leftover. It is also excellent to serve during special occasions. It sure is a winner!