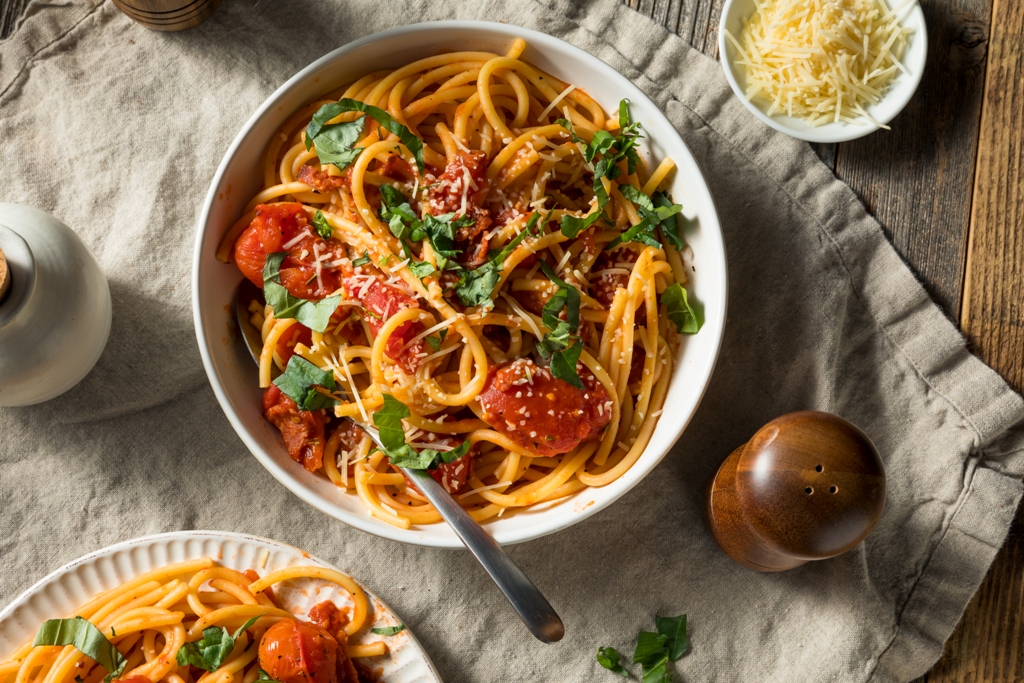 Amatriciana sauce is another classic Italian recipe, but this one here is spicy. You can adjust the spice level according to your liking, though. Whether you prefer it just a little bit spicy or really hot, the result would be amazing either way.

According to historians, Amatriciana was based on a recipe known as “pasta alla gricia”, and it became increasingly popular in Rome in the 19th and 20th centuries. That was due to the strong connection that was established between Amatrice and Rome. The dish actually became a staple of the Roman cuisine. But they used “bucatini” unlike the Italians who preferred spaghetti. But then again, no matter what type of pasta you use, it’s the sauce that does wonders. 🙂

Like what I have said before, the simpler recipes are often the best, and this recipe is another great example. It only requires a few basic ingredients, but the result is something that you would be really proud of. It will definitely impress your friends and family members. 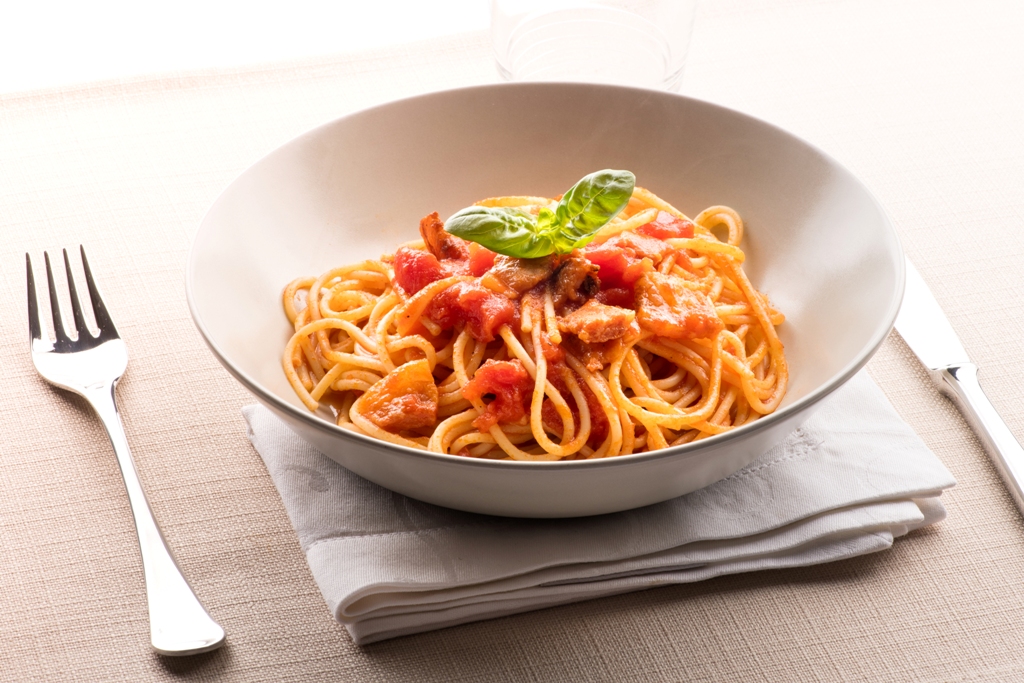 Another good thing about Spaghetti Pasta in Amatriciana Sauce is it is super easy to make. Only less than an hour! That makes it a perfect meal for those nights when all you want is a quick but delicious dinner meal.

This is a dish that you should include on your list if you are a huge fan of Italian cuisine. With spicy red sauce and herbs, it definitely deserves a five-star!

Can You Freeze the Sauce?

Certainly! The sauce freezes really well, so don’t hesitate to make a huge batch. I highly suggest that you don’t put all the sauce in one huge container, though. It would be best if you divide the sauce into smaller containers. This way, you can pull them out one at a time later on.

It is safe to freeze the sauce for up to 3 months.

Now, if you intend to leave it in the fridge, be sure to consume it within 2 to 3 days, so it won’t go to waste.