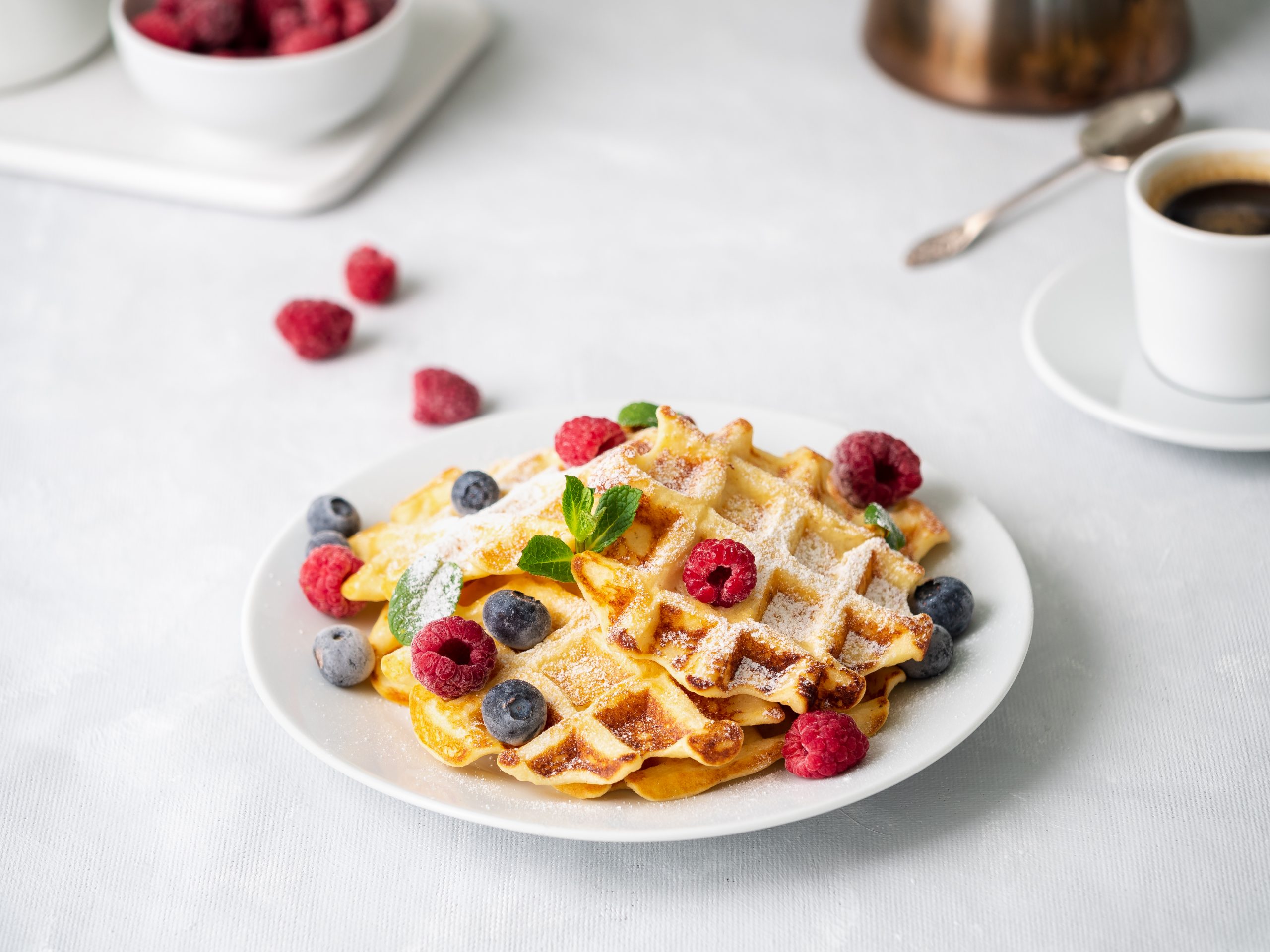 Aside from chocolate and beer, Belgium is also known for its waffles. We call them ‘Belgian’ waffles. Although this food item can be found in almost all corners in Brussels, it was not really in this city where the first waffles were made. It was in a town, called Ghent, and that was back in 1839.

Later on, Maurice Vermersch, a restaurateur, brought waffles to America and sold them under the name ‘Bel-Gem’ waffles.

Waffles are usually eaten during breakfast. But did you know that in Belgium, they are actually an afternoon treat?

Fast forward to the 21st century, the Belgian waffles have evolved. We now have countless versions of the recipe and the toppings that come with them. But either way, waffles are delicious. Regardless if you eat them hot or cold, in the morning or in the evening, it doesn’t change the fact that they are tasty and really fulfilling. 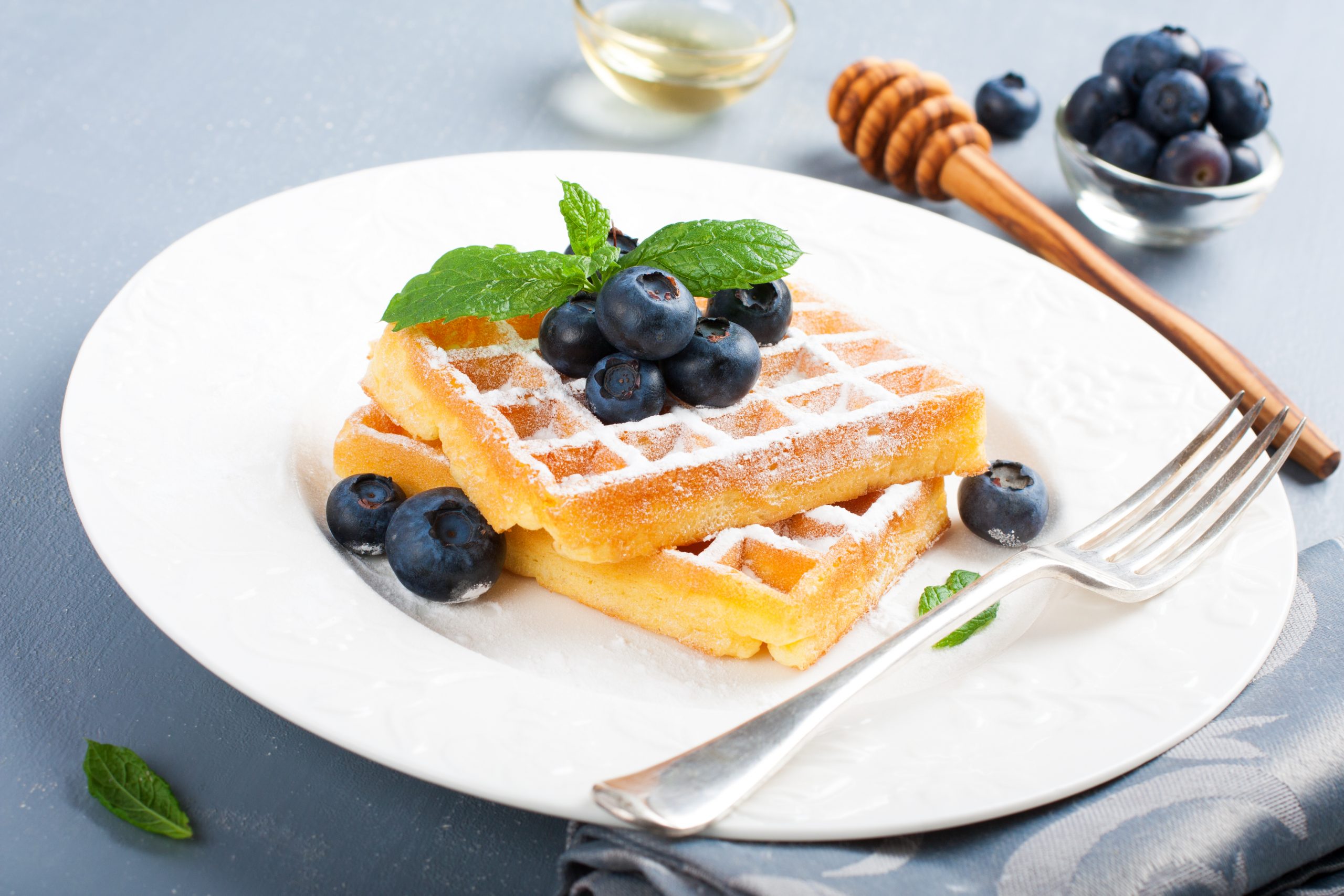 While others may consider them as a weekend breakfast treat, you can actually make them any day of the week. You may also opt to make them ahead of time and just reheat them before you eat.

So how do you make the famous Belgian waffles? Here is the recipe:

Light and fluffy on the inside…crisp and golden on the outside…topped with your favorite toppings…That’s the best Belgian waffles, ever!

***your choice of toppings

It is highly recommended that you grease the waffle maker before adding the batter.

As for the egg whites, beat them thoroughly. Try to tilt the bowl. If they don’t move, then they are good to go.

What Can You Top Your Belgian Waffles With?

Butter and syrup are the most popular toppings for Belgian waffles. But your choices do not stop there. If you want your breakfast to be healthier, you may opt for Greek yogurt with honey and blueberries or strawberries. Almond butter with apple slices and honey would be a good idea too as well as vanilla yogurt, raspberries, and granola.

Other options include applesauce, chopped walnuts, and cinnamon. You can also have pico de gallo, avocado, and fried eggs. 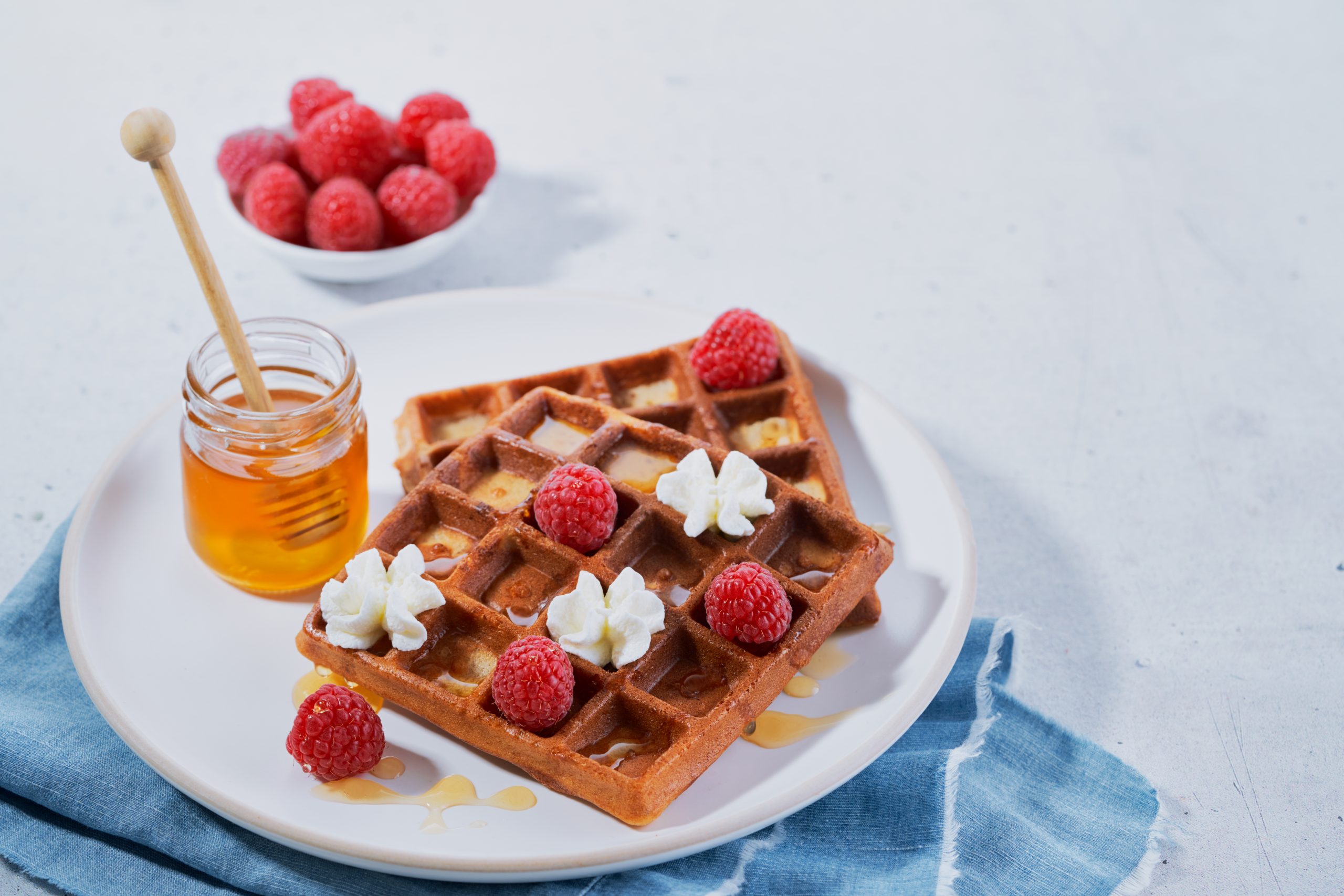 Belgian waffles are great for breakfast. You can have them for snacks too just like the locals in Belgium. To get more nutrients from your waffles, substitute the all-purpose flour with whole-wheat flour and top with lots of berries and fruit slices. 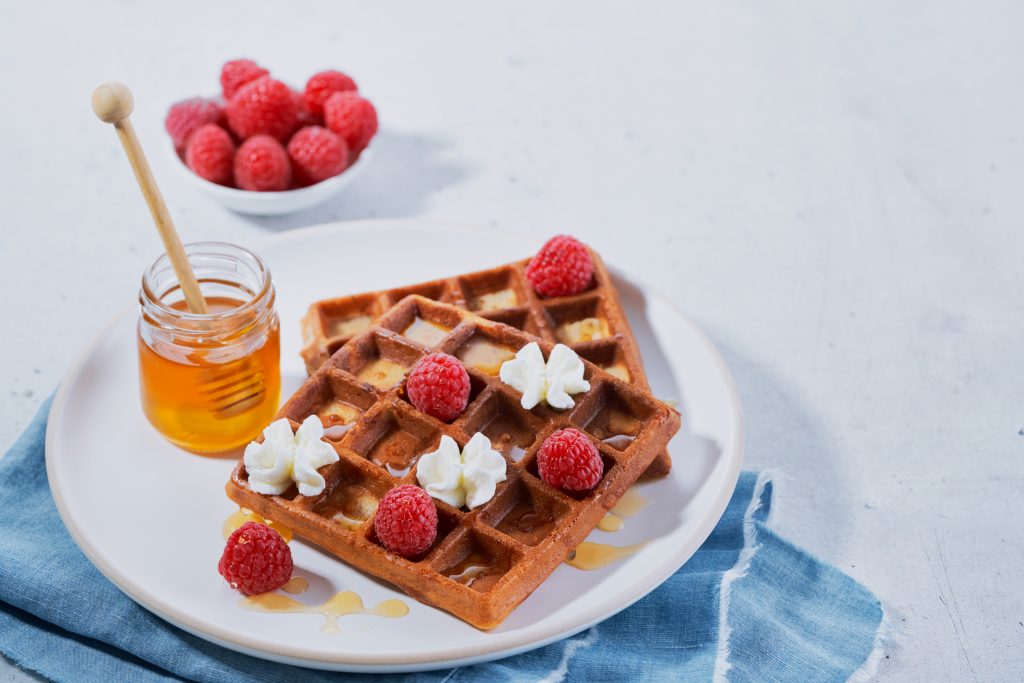